the saddening emergence of apathy

An encounter with the worst of higher education. Goodbye, world! Firouzja's prescription.

Two months into the academic year I almost abandoned my masters program. Classrooms were no different from theater, except here, the stakes were high (especially for the audience). The greatest public health academic institution could not protect itself from ideological capture; there was little respect for rigor, no respect for truth nor introspection, no acknowledgment of the responsibility we hold in the face of crisis. I come here for respite, to save a piece of sanity, amidst the screaming sick I see on my bike rides to the grey campus. Give me a book, preferably one devoid of nonsense, give me a quiet place, and let me be; I failed myself in not calling out the pathetic platitudes which passed my ear.

Much time was spent on larping, on being “wrong with infinite precision”, spending incessant thought on how our emerging problems have arisen out of a lack of understanding of the problems at hand. Many of the discussions and presented queries were spent on defining the problem (more to relish in hearing ourselves speak, equally because we lacked the courage to act). I find far more epistemic comfort in advocating for means which create emergent order, to mimic the proven systems of the natural world; on these grounds, reality would be my only arbiter.

I am no less thankful to this abyss for its revelations; I don’t believe I can make peace with industrialized society as such, so come my dreams of saving enough to begin my homestead. Yet I still hold that it is not in his interest, nor in society’s, to remove themself from the proceedings of society, no matter how infinitesimal their impact may be. Such that a social animal confines their sociality to their immediate family, such their opportunity to defy wrongdoing and be kind is largely forgone. Of course, the internet alleviates this, but I don’t wish to live online. It is analogous to the tautology: he who could inflict harm is morally righteous in their action than he who does not have the capacity to inflict harm and still believes he has a choice not to.

I fear that my desire to begin a homestead stems from a pit of apathy the world seeded in me, a resignation of sorts. The endemicity of SARS-CoV-2 is an informative stain on public health’s history, an indicator that no one is truly at the helm, only a mindless superorganism.

What changes would I bring to the public health school? I would install several chess tables, importantly on the 5th floor, and encourage students and faculty to engage in a pensive play. Chess is a beautiful way to interrogate yourself, and importantly, to exercise that investigative muscle. For those who aren’t aware, the Candidates Tournament is underway, and the beginning rounds have been remarkably powerful, to say the least. The arrival of my countryman, Alireza Firouzja, is no less to thanks with his aggressive, yet equally classic, style. With black to move, how would you continue? 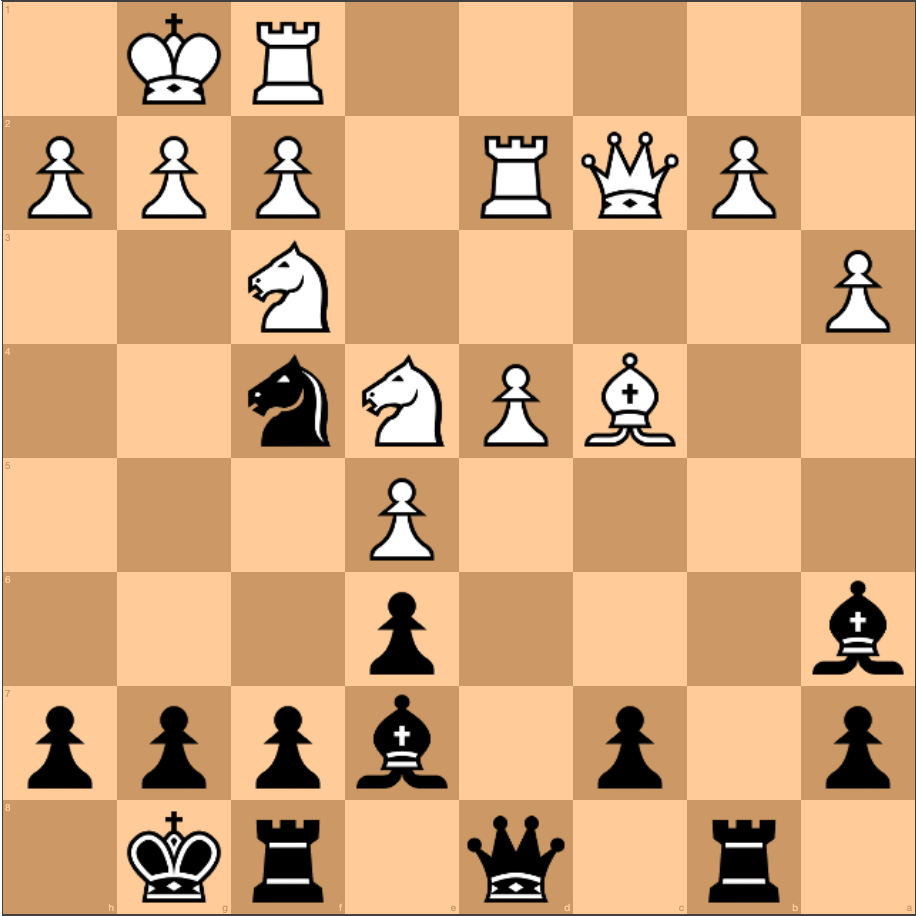 Having never played a classical game against his first-round opponent, Teimour Radjabov, Firouzja had the gumption to sacrifice the exchange (trading a rook for a bishop vis-a-vis Rxb2); although objectively worse, Firouzja knows his opponent is man and not machine and does not mind wading in turbulent waters if it means Radjabov must follow suit. Regardless of his performance in this tournament, a man who plays like so has already won.

The site’s updated aesthetics was in response to this annoying gravity I felt when revisiting my home (now About) page; I also gave space for friends of mine to post their own articles.